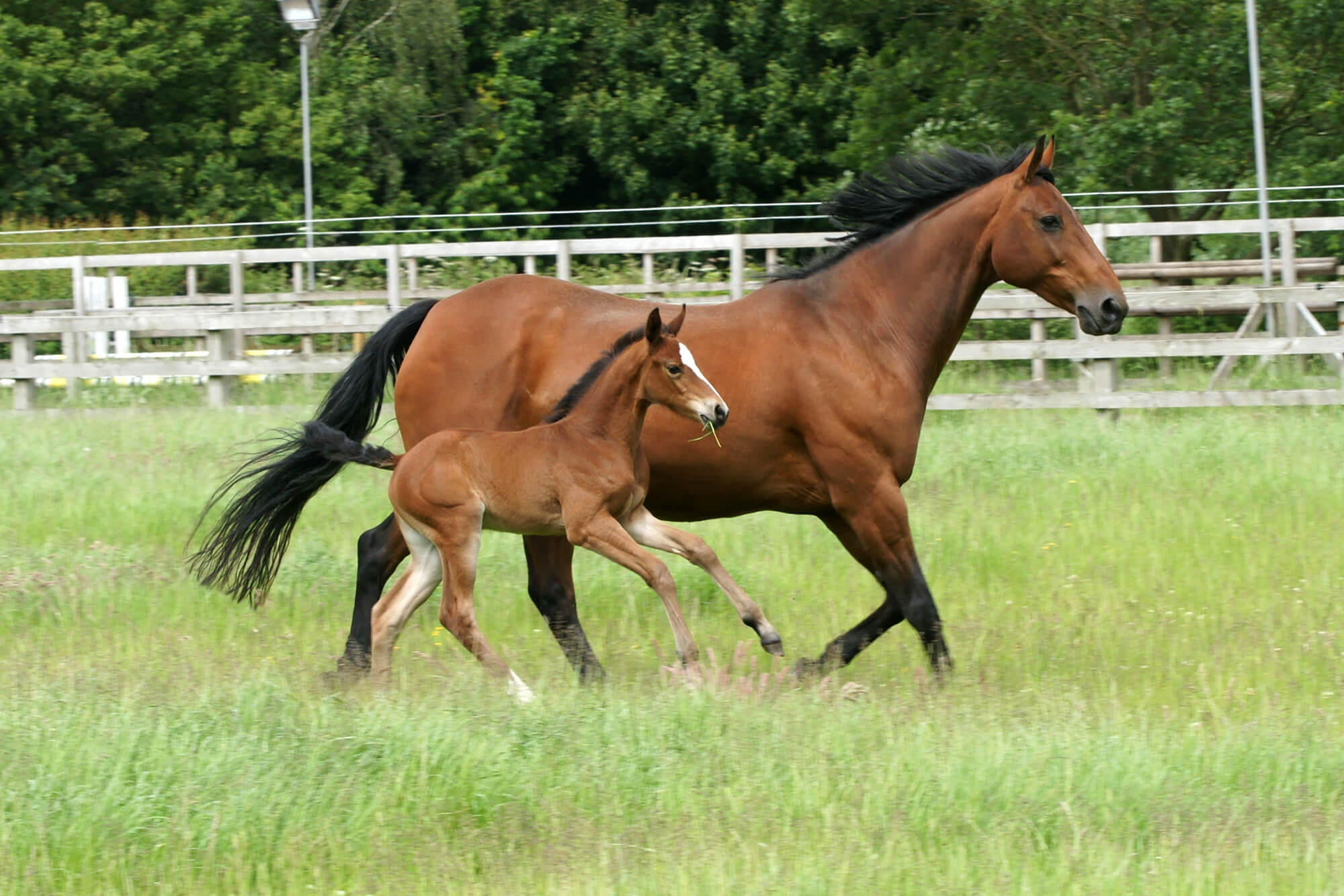 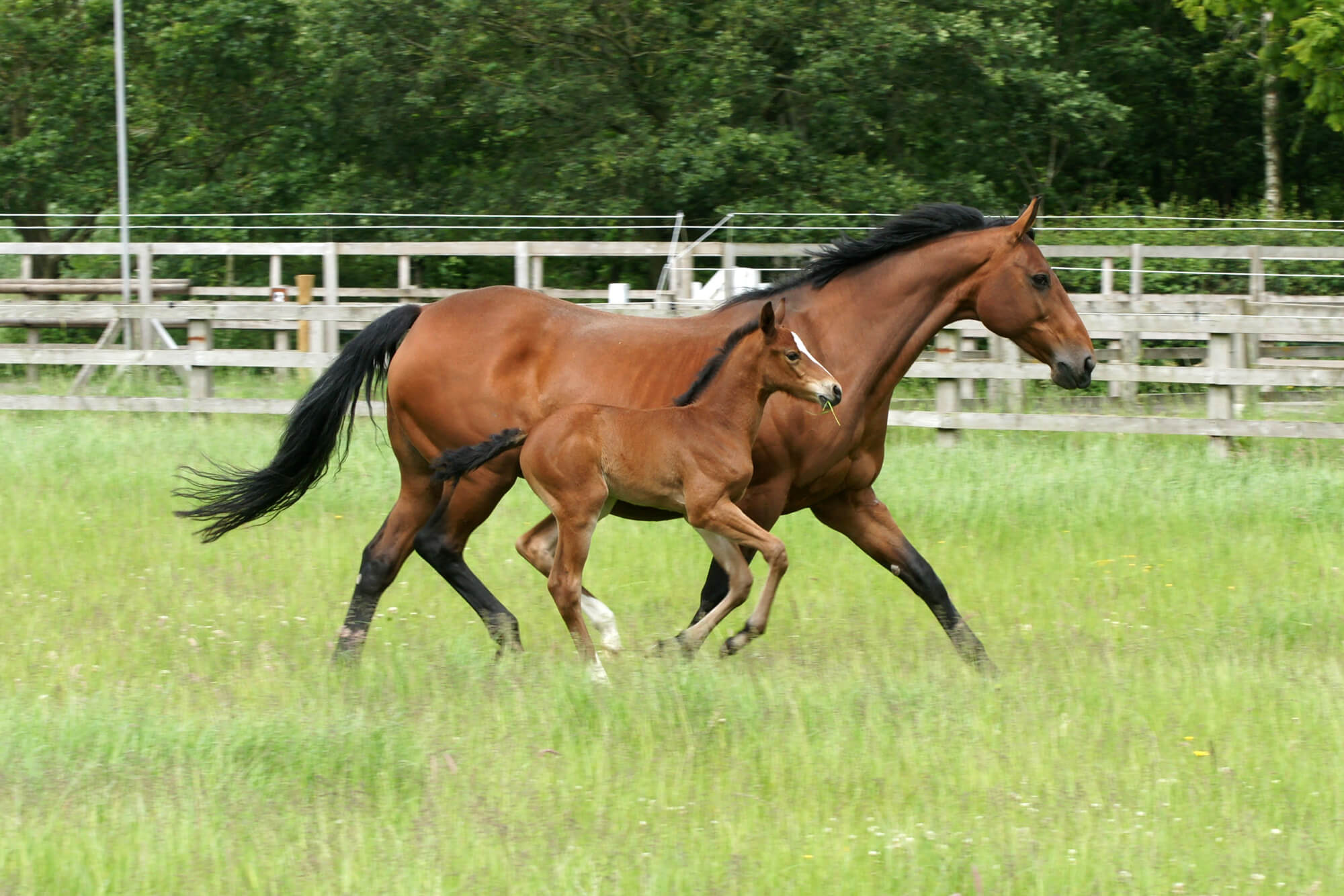 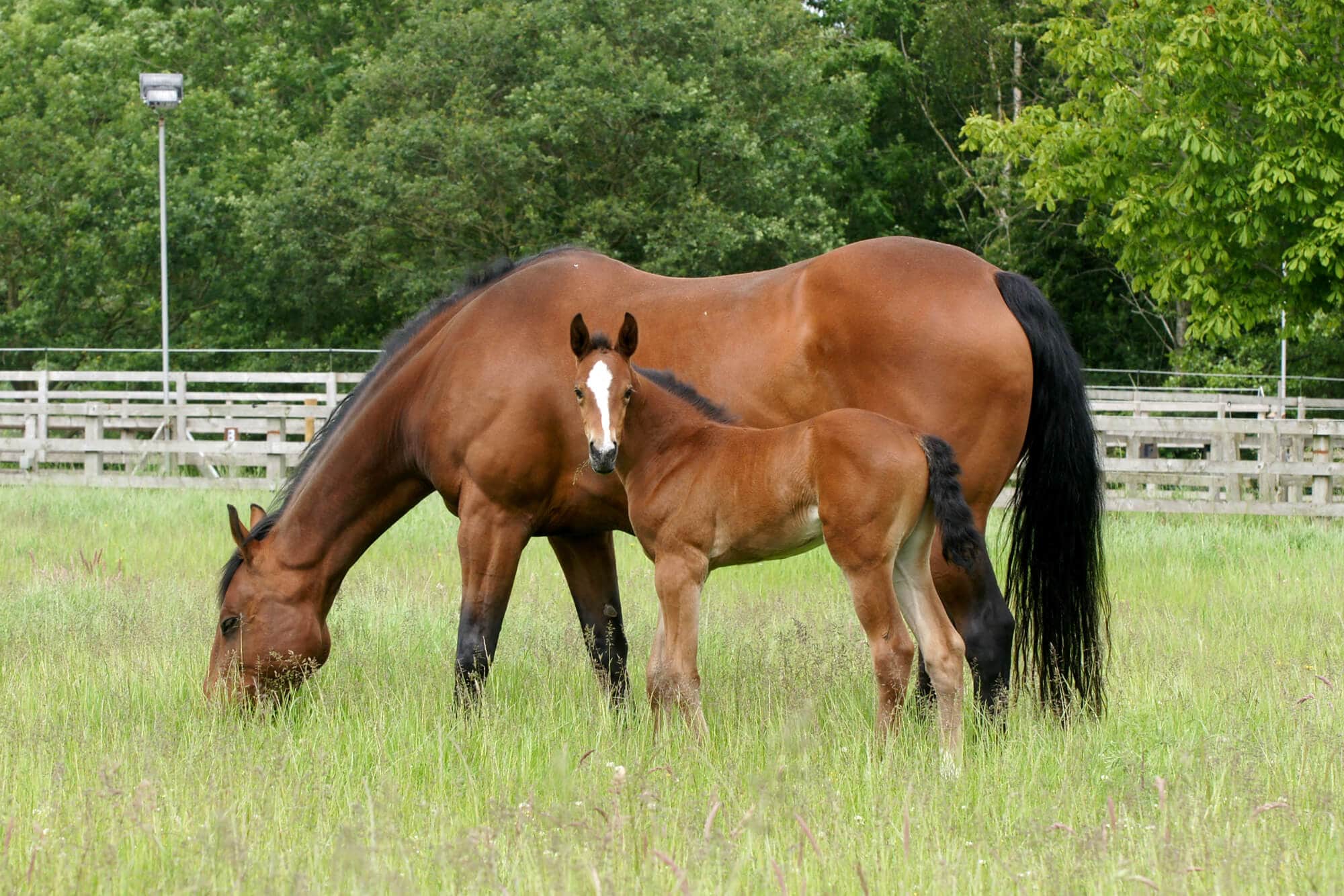 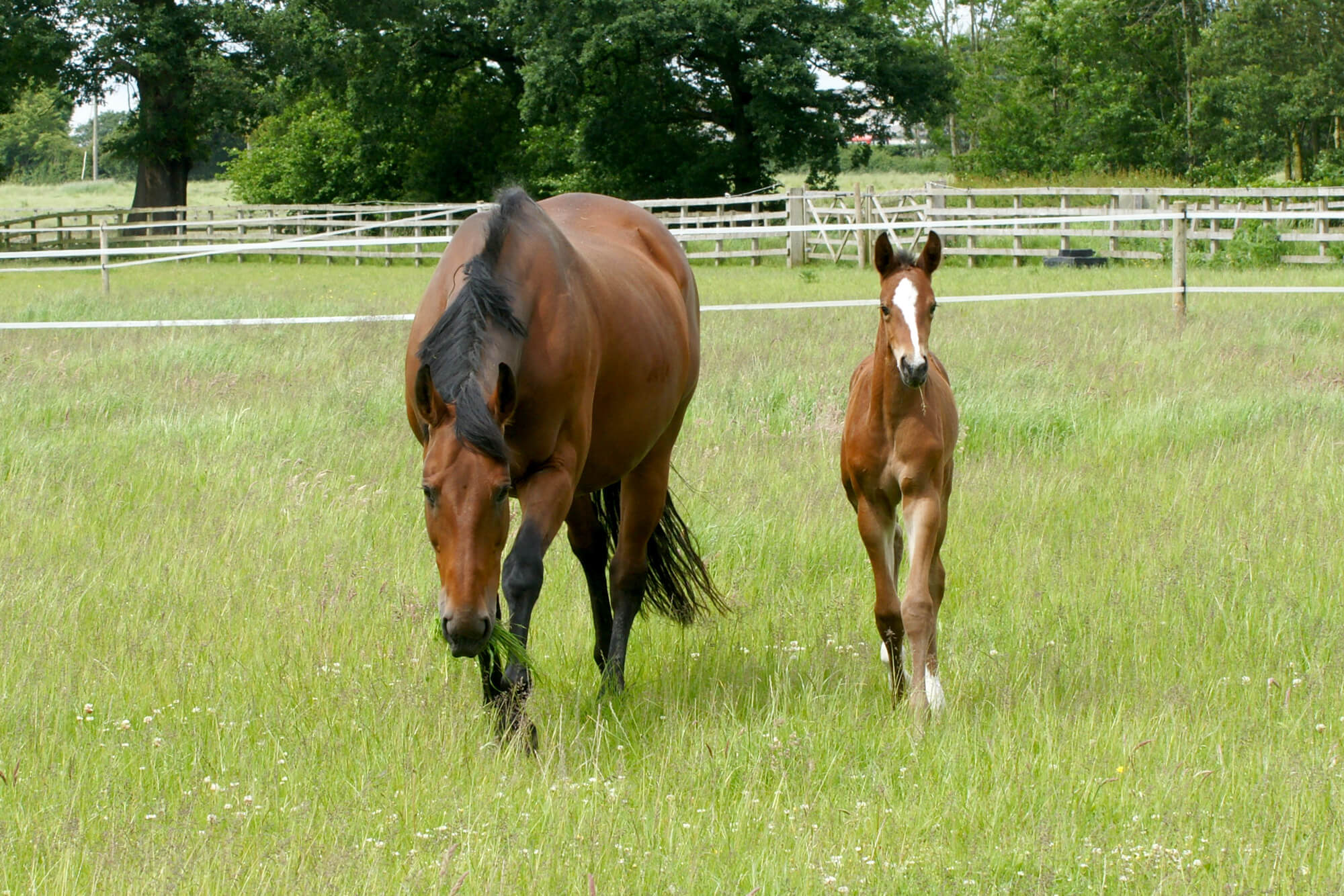 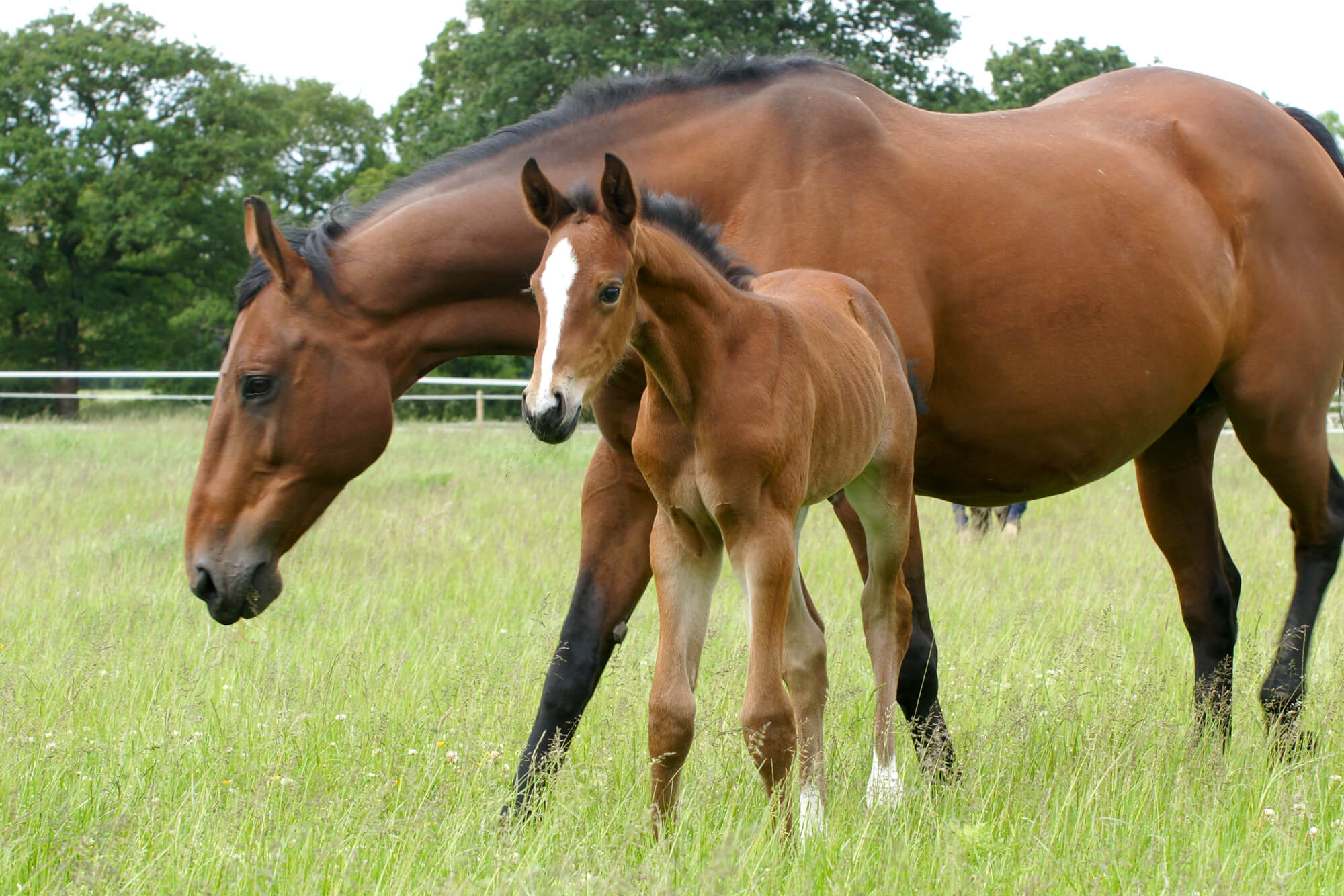 Her Dam (pictured above) jumped international young horse classes successfully as a 5 and 6 year old. 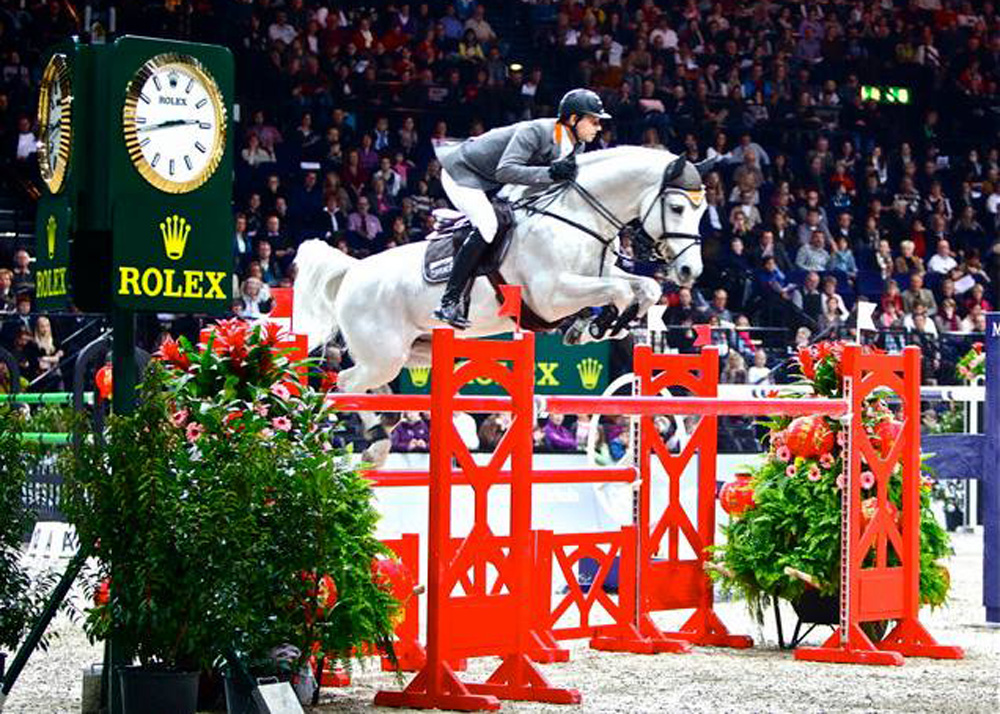 Cristallo jumped internationally up to 1.50m level under Sweden’s Henrik von Eckermann before injury forced the end of his competitive career. He is now proven to be an outstanding performance sire. A guarantor and sure bet for rideability, good quality gaits and jumping ability, together with a positive character and behavior.

SIRE – Cornet Obolensky competed in the 2008 Olympics at the young age of nine. He is a foundation stallion in the breeding of modern jumping horses, and is currently ranked third in the 2016 WBFSH Sire Rankings. The total earnings of his offspring, including former World Number One Cornet D’Amour, Cornado NRW, Cornet’s Cristallo, Cocoshynsky, Cornetto King, and Comme Il Faut, are over €3.7 million. The Clinton/Heartbreaker cross is a proven formula that has produced multiple grand prix jumpers including Cordess and Consul DL Vie Z, and 18 licensed stallions. 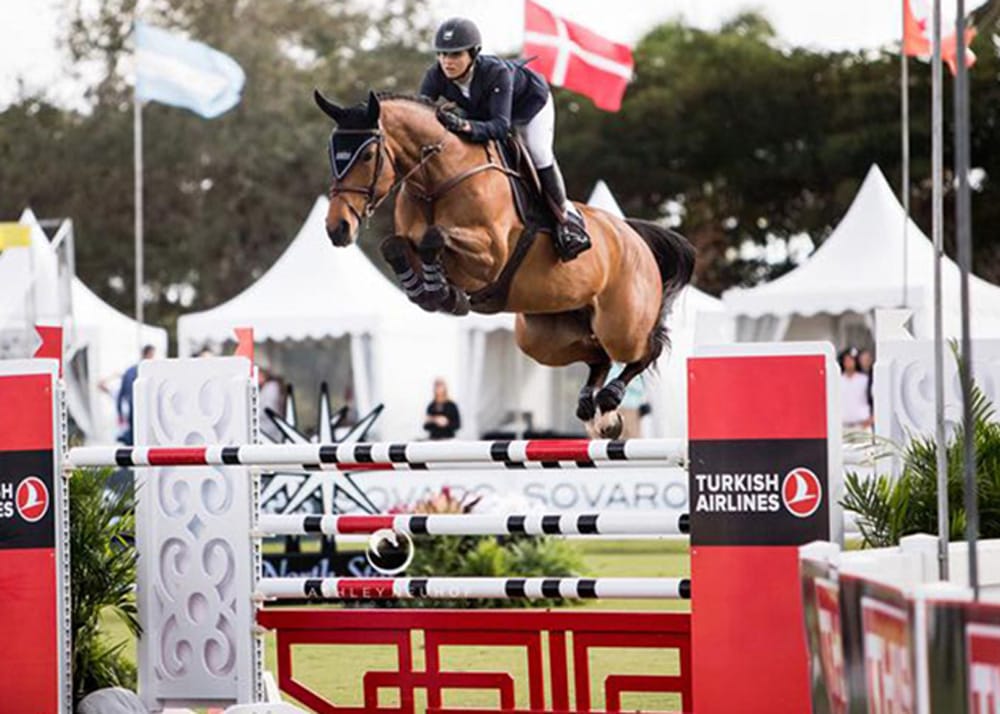 DAMLINE – The dam Cassie also produced Cristallo’s full brother Cristallo II, who has also jumped up to 1.50m internationally, and a sister by Argentinus who has produced an international jumping mare and several promising young horses. Damsire Cassini I is a hugely influential son of Capitol I. He has produced 140 grand prix offspring, and 144 licensed sons, including Cheers Cassini, Connaught, Caressini L, Quite Cassini, and Michael Whitaker’s grand prix winner and team horse Cassionato. This damline has also produced the licensed stallions Pocalino and Cornet Colbert.

PROGENY – Cristallo’s daughter Cristalline (pictured above) finished 10th in the 2016 World Cup Final in Gothenburg as just an eight-year-old. She has been placed in several world rankings classes, including fourth in the Wellington and seventh in the Kentucky World Cup qualifiers in 2016. His son Castello won the grand prix of Rastede, and his other top level jumping offspring include Charmeur, Cristobar, Casablanca, Camira, Cristofin, and Crystal Chloe. In addition, his daughter Cara Mia RCF competed at the World Young Horse Championships for dressage in 2016. 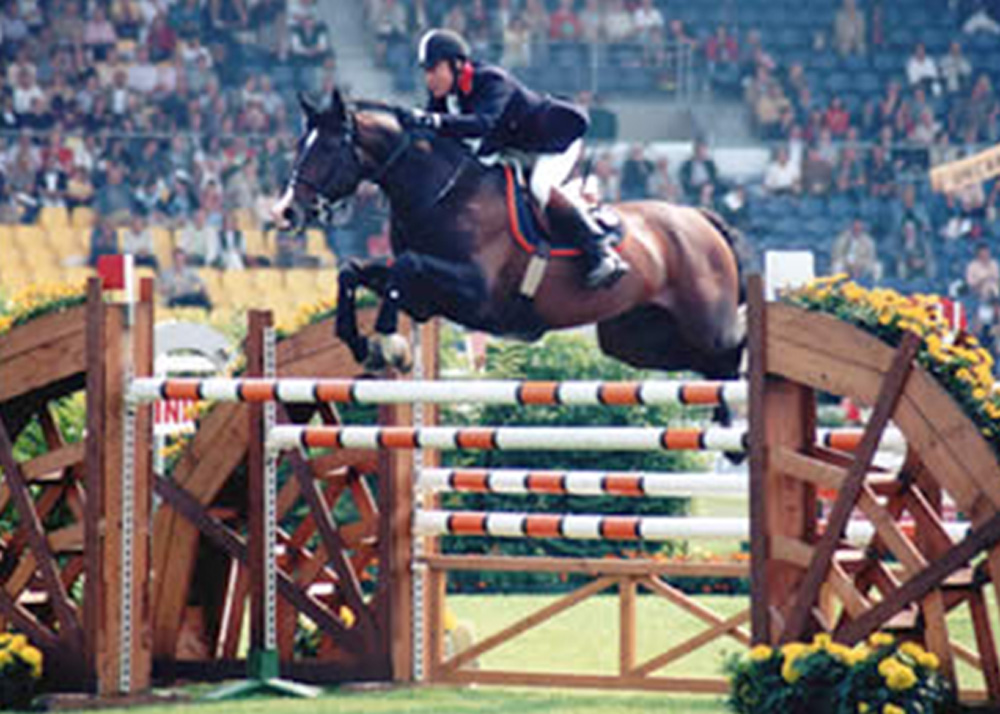 Handel II accumulated over £300 000 in prize money with Michael Whitaker and was successful in some of the worlds most prestigious show jumping competitions.

In 2001 he came 3rd in the Prestigious World Cup Final in Gothenburg. He achieved unthinkable results at Stuttgart in 2002 winning both the Grand Prix & the Masters picking up 2 new top of the range Mercedes cars.

His youngstock are successful in all disciplines and include advanced eventers, dressage horses, top class show horses and show jumpers. 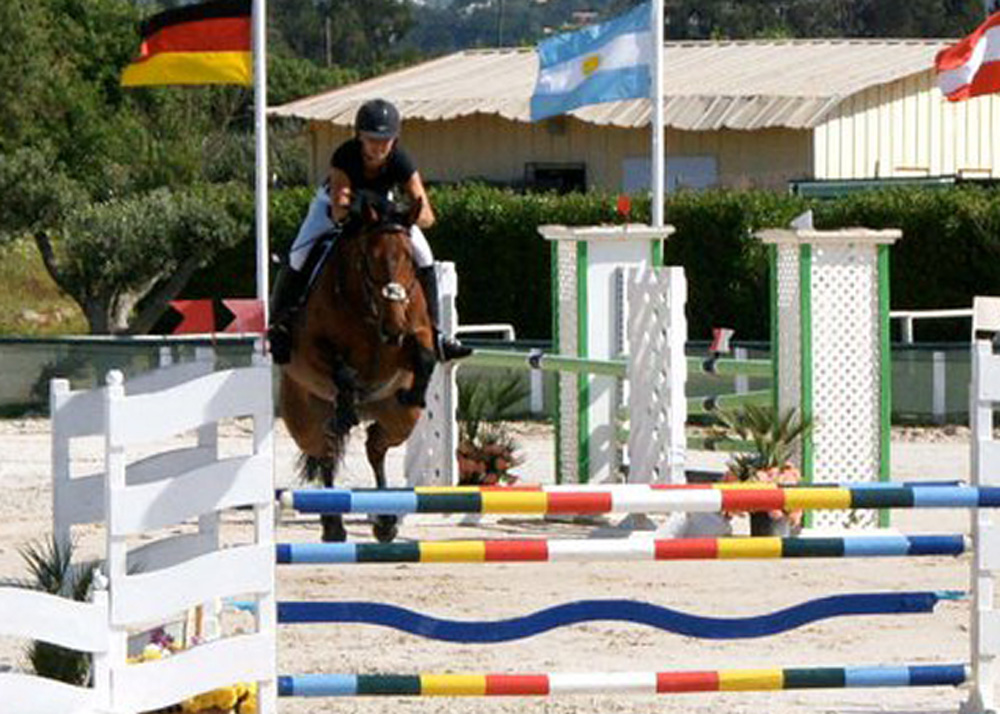 They inherit his extravagant movement and formidable technique over a fence and it’s proving to be in the showjumping ring where they are most successful with his offspring competing in international Grand Prixs & Nations Cups.

Handel II stamps his offspring and they are all noted for their correct conformation, exctravagant movement and trainable temperaments.

The foals dam (pictured above) jumped international young horse classes successfully as a 5 and 6 year old.